“I cannot believe in a God who sits back while the world suffers.”

In an interview, Stephen Fry was asked what he would say if he died and went to the pearly gates of heaven; here’s what happened.

“Asked what he would say if he was confronted by God at the pearly gates of heaven, Fry replied: “I’d say, bone cancer in children? What’s that about?”

“How dare you? How dare you create a world to which there is such misery that is not our fault. It’s not right, it’s utterly, utterly evil.“

The question of suffering and evil is not a new one. People have struggled with it for centuries and better men and women have tried to answer it.

Various philosophies have risen from this one question and yet, they have not satisfied most of us.

Many have quoted the Scriptures and given answers for the problem of suffering, and yet, thousands of us walk through life still asking the same question – “if God is real, why doesn’t He end all evil?”

When we hear these gruesome stories – real life incidents – that are happening all across the world, even right now – about terrorists beheading the infidels, drug addicts selling their daughters as prostitutes, the thousands of men, women and children being trafficked for grotesque acts to be performed on them, innocent children being murdered in war torn countries, women being raped – even in the confines of their own homes – by members of their own families; we do not have to look far to know that there is evil in this world.

And we just can’t help but ask ourselves, “if God is real, why doesn’t He end all evil?”

“Why doesn’t He enforce perfect justice?”

“If He is all-powerful and all-loving, why doesn’t He act right now, and in an instance, save this world?”

I don’t think I have the best answer to this question. Like I said, better men and women have tried, and some of them have succeeded in giving fairly reasonable answers.

The only answer I have to the question, “why doesn’t God end evil?”, is –

On the Cross of Jesus Christ, He defeated the powers of evil and death, and right now, we’re just living in between that victory that was won on the Cross, and the final victory that’s going to come when Jesus returns.

And hold on! I get it! You’re not completely satisfied with that answer. You may say, “it’s taking a bit too long. God sits back and watches as thousands perish everyday. Why doesn’t He end evil right now?”

And if that’s you, I want you to listen close; and I hope this hits all our hearts today, because as you ask this question, you’ve assumed that evil is only in the form of all those horrible deeds we mentioned above, while the truth is that evil is a lot more close to home that we think…

Don’t you see? If you aren’t right with God, and if God decided to end all evil right now, He would have to end you…

PrevPreviousDon’t tell me how to live my life
NextA bunch of clumsy dimwits running on court, unaware of what to doNext 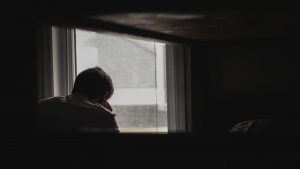