Home » Here’s one difference between the first apostles and us

Here’s a story you may be familiar with from the Bible.

In the book of Acts, Peter and John go up to the temple to pray, and they come across this lame man begging for alms. They end up performing their first recorded miracle by telling the man to get up ‘in the Name of Jesus Christ of Nazereth.‘

And the man does exactly that. There is rejoicing, followed by Peter preaching that Jesus is the Messiah and God.

Obviously the traditional temple priests are not happy about it so they have them taken away to be interrogated.

But even during the interrogation, Peter and John do not flinch. They tell the priests that they do the things they do by the power and the name of Jesus.

The priests are quite angry of course, and they want this to stop right away. They don’t want any change in the status quo. And at this point, they know the crowd is on Peter’s side because they just witnessed him healing a lame man.

So they do the only thing they can do – they threaten them not to talk about Jesus ever again.

Peter and John refuse to agree.

“After further threats they let them go. They could not decide how to punish them, because all the people were praising God for what had happened.” – Acts 4:21

These threats were definitely real, because they do get carried out later on. Many of the disciples end up being arrested, flogged, tortured and even killed.

But at this point of time, they’re words that warn them of what can happen if they continue to talk about Jesus.

So, the disciples head back to their own people and report everything that’s happened.

What follows is quite expected to most of us. They pray.

Most of us Christians have this in common with the disciples. When we are threatened, persecuted, disheartened or discouraged, we pray.

But here’s what we may not have in common with them – the contents of the prayer.

You see, if we were threatened, our first prayer would probably be for protection, for restoration and for a change of heart in our enemies.

But no, not these men. They know what the mission is. And they remember Jesus’ promise – “In this world, you WILL have trouble. But take heart, I have overcome the world” – John 16:33.

And so, this is what they pray –

“Now, Lord, consider their threats and enable your servants to speak your word with great boldness.” – Acts 3:29

That’s right! They pray for the boldness to do more of the thing they’ve been threatened for.

Not for protection, not for safety, but for boldness to walk into the face of death itself.

The Bible tells us that their prayer was answered by an earthquake and a filling of the Holy Spirit.

And history tells us that their prayer was answered – in their persecution, death and the explosion of the message of Jesus throughout the world.

Where does that leave us?

Can we find it in ourselves to be so aligned to what God has called us to do that we pray for strength to carry out the mission more than we pray for protection?

Can we fix our eyes on Jesus in a way that we accept that troubles in this world will come, but we will carry on with the mission, because He carries us?

Do discouragements and threats cause us to look at ourselves and our needs first, or like the apostles, look more at God and the plans He has?

The Bible tells us that our prayers will be answered. We will be filled with the Holy Spirit if we ask for it.

We get to choose what history will say about us years later.

PrevPreviousGod’s PLAN A to your prayers
NextMountains or Seas? – The God who can be amazedNext 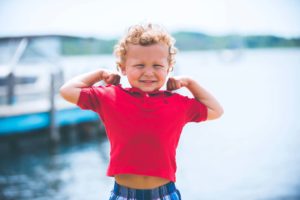 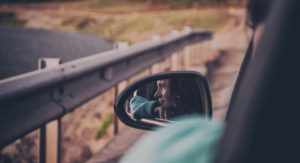