Home » The successful meeting and the unanswered prayer

The successful meeting and the unanswered prayer

“O Lord, I want to bear fruit in the work I do today”, he prayed in the morning. And he hoped his prayer would be answered. It was an important day for him and his company.

He put on his best suit – a dark blue pinstripe, pair with a crisp white shirt and a scarlet tie,  purchased just for important meetings like the one he had today, one on which the future of the company and his family depended.

Just as he was about to walk through the front door, his 3-year-old daughter – the apple of his eye – came running towards him. With sticky food all over her hands, sauce stains on her clothes, and crumbs all over her mouth, she came to hug her daddy and kiss him goodbye.

He saw her running towards him, and horrified at the thought of what would happen to his suit, he grabbed his daughter and held her at arm’s length.

He didn’t have the time to change into a different suit, nor did he have the intention of changing either. The whole point of the suit was a day like today. His phone buzzed in his pocket, and he knew the office car was waiting for him outside.

He had a reputation to maintain, and a deal to crack.

He needed to keep his dignity intact.

He shouted for his wife, “can you please take care of her?”, not noticing the 3-year-old’s eyes beginning to brim with tears at the harsh treatment.

He turned and walked away, having missed the opportunity to love.

Opening the door, he saw the office car with his business partner inside. The plan was to go to the office together so that they could discuss some technicalities before the meeting.

Before he could take a couple of steps, he heard his wife come running down the stairs, calling him. He turned, immediately worried something was wrong, but she was smiling, almost bursting with happiness.

“Sorry, sorry,” she said hurriedly, “but I have something to tell you…

I’m pregnant. We’re going to have another baby.”

His worry and anger were gone in a flash. His frown became a smile. This was unexpected news, but it was certainly welcome. He wanted to hug his wife, throw his briefcase into the air and burst into a dance…

But from the corner of his eye, he could see his partner, stoic and serious, waiting for him.

He had to maintain his dignity and composure.

He knew he would be looked at with contempt if he danced like a fool while he kept them waiting. He smiled at her, politely said goodbye, and quietly walked to the car.

He missed his opportunity for joy.

His wife watched him go, hurt and confused by his strange reaction.

The ride to the office was brief with few words being exchanged. His partner and he had had a disagreement the day before, and it had caused some resentment on both sides. But they still had a job to do, so they behaved like adults and put up with each other, not addressing the tension between them.

They reached the office and walked in. As they got into the elevator, the partner placed a hand on his shoulder and said softly, “listen, let’s talk about what happened yesterday. I’m sorry for what I did, and I think we should deal with it before the meeting.”

But he brushed his partner’s hand off his shoulder.

“Now is not the time”, he said, gritting his teeth “we’ve got work to do. We’ve got a reputation to maintain. Focus on that.”

He stormed out of the elevator trying to hide his anger, having missed his opportunity to make peace.

The clients arrived and the meeting began, but it was no different from how the morning had played out.

In the course of the meeting, he failed and succeeded. He failed to show patience towards his subordinates who were making mistakes in the presentation but succeeded in making an impression on the clients.

He failed to show kindness to the janitor who walked into the conference room just as he was about to make his big reveal to the client but succeeded in demonstrating that he was a perfectionist.

Over and over again, he missed opportunities for goodness, faithfulness, gentleness and even self-control.

The meeting ended. The client stood up, impressed with his work, and agreed to sign the deal.

He knew he couldn’t let them go unpunished. He couldn’t risk looking like a fool.

He had a reputation and dignity to maintain.

But all in all, he was pleased. His hard work had paid off.

His dignity had remained intact.

His reputation was only going to get better.

He sat back in his chair, waiting for the feeling of euphoria to come, knowing he had achieved the success he had prayed for in the morning.

Yet, somehow, it didn’t. Somewhere, deep within his soul, he knew that this wasn’t success. Somewhere, he knew he had failed.

He had prayed, he had achieved success, and yet something wasn’t right.

“O Lord, I want to bear fruit in the work I do today”

He had prayed the prayer and yet missed the point.

Dignity is not a fruit of the Spirit. 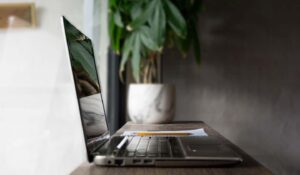 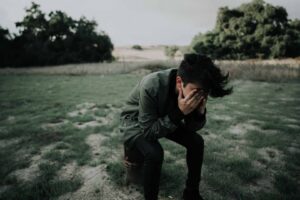 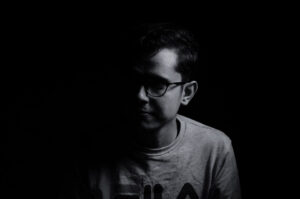