Home » Abandoned as a child, transformed by God’s Presence

“Stephen Lungu came to our home and told me his story. He is the oldest son of a teenage mother from a township in Zimbabwe. She was trapped in a difficult marriage to a man more than twenty years her senior. She dealt with her struggles by drinking heavily.

One day, when Stephen was three years old, his mother took him, his brother and baby sister into town. Saying she needed to go to the toilet, Stephen’s mother left him holding his sister in the busy town square, while his brother John played on the ground. Two hours later she had not returned. Their mother had run away, leaving the three children in the reluctant care of an aunt. By the age of eleven, Stephen too had run away – preferring to live on the streets.

Growing up, Stephen developed a strong bitterness against God. As a teenager he was recruited into one of the urban gangs, called the Black Shadows, which carried out violence, theft and destruction on the streets of Zimbabwe.

When a travelling evangelist came to town to speak to thousands of people about Jesus in a large tent, Stephen went to firebomb the event. He carried a bag full of bombs. He wanted to attack the event because he wanted to attack God. As Stephen awaited the moment for his attack, Shadrach Maloka, a South African evangelist, took to the stage and announced that the Holy Spirit had warned him that many in the audience may die soon without Christ. Astonished, the Black Shadows thought someone had figured out their plan. Stephen Lungu was captivated by the preacher.

The speaker’s words convinced him about his sins and drew him into an encounter with Jesus. He experienced God’s presence. He heard about God’s grace and peace.

Stephen staggered forward to the stage, grabbed hold of the speaker’s feet and began to sob. That evening, he became a follower of Jesus Christ.

The next morning he presented himself at the local police station and confessed his crimes. The desk sergeant looked at the long charge sheet, listened to his story and released him. Boarding a bus with the morning commuters, Stephen felt so happy that he was compelled to tell others on the bus the good news. Ever since, he has been telling people about Jesus.

Stephen is now a full-time evangelist in Africa, speaking at many events. At an event a few years ago, an old lady came forward wanting to follow Jesus. That woman turned out to be his own mother who had abandoned him all those years ago!

God’s presence, protection and peace are a powerful combination. As Stephen says himself, ‘Because I look at myself as a miracle of God’s grace, so I believe that the power of Jesus Christ to save sinners still exists. If he can change me, he can change anyone.”

-Nicky Gumble, Bible in One Year

PrevPreviousWhat does God think about seeking your own pleasure?
NextDon’t tell me how to live my lifeNext 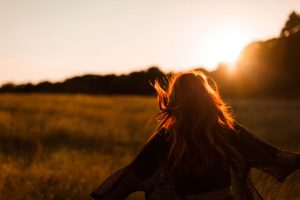 He felt he should tell the woman he is a chaplain… 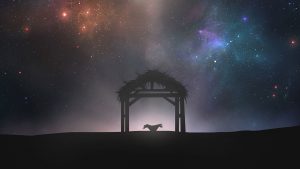 He felt he should tell the woman he is a chaplain…

He gently reminds us that He knows how to play. He

Swipe to read WAITING ON YOUR CALLING #waiting #

Here's something we learnt about God's heart while

Through prayer, we understand His heart. Through p

SWIPE TO READ Resisting the easy road to Glory #

“I cannot believe in a God who sits back while t