“If I keep the baby I would have to stop working.” – “Clarissa”, who posted publicly about her upcoming, scheduled abortion.

I saw her post and wrote her back privately.  Told her that there were laws against firing a woman just because she conceived a child.

She responded that it wasn’t about discrimination, but rather about appearance.

“You’re smart enough.  Figure it out. I make enough in one month to never want to quit.  The adult industry is huge. My financial goals are big and they never included a child.”

I figured it out quickly enough.

She later surprised me by telling me that she has a degree in engineering, but that her current line of work is all about the money and her appearance and that “church makes me feel better about myself.”

Clarissa has made up to $1,100/hr servicing VIPs where she lives in Las Vegas. (And that $1,100/hr. didn’t include the tips). She said I had no idea what I was asking her to give up by begging her to not murder her baby.

As I got to know Clarissa, she told me more about her job. She said that the girls she works with are from all walks of life.  They sit around in their pajamas at home.  They have kids.  Some go to church.  She said it’s an emotional job – that none of them are robots. Some girls are only doing what they do to pay the bills.

“There’s a certain amount of dignity you lose. No one will deny that, if asked,” Clarissa said. Other girls are trying to climb the ladder in the adult industry.  Most are a pleasure to work with and friendly, she explained.

But as Clarissa stuck a toe in this industry, she soon figured out that she made more money as a professional fornicator and adulteress than she would with her engineering degree.

She confessed, “I know my job is to seduce men and that isn’t going to change anytime soon. I enjoy it.” As I confronted her in her sin of intended murder, she yelled at me, “come protest my place of work and trash the men! It’s not my problem if they can’t or won’t stay home with their lovely wives. No one is dragging those fine, upstanding men in through the front doors!”

When I asked Clarissa about her spiritual life, she surprised me by telling me that she is a baptized member of her church and is at the service almost every Sunday.  Even though she is in church most Sundays, she did not believe there is any express opposition to abortion in the Bible.

Clarissa explained that she can get off from work at 3:00 a.m. on Sunday mornings, get up for church 4 hours later, and feel faithful.

She further surprised me by telling me that her church actually funds those who can’t afford their abortions.

She dismissed my attempts to tell her of salvation in Christ alone — saying that she already knows what God’s plan of salvation is and is happy to be at a church where God’s love is the main thing.

She even went so far as to describe herself as a “woman of faith” while in the same breath telling me, “I see this like pulling the plug on someone. I’m pro-choice even when it means killing my baby. It’s my right to do with my body what I want. God cannot overrule our freedom.  I’m into l** dances, not baby playpens.”

When I asked her what her #1 reason was for killing, she explained: “When you have money, love [of it] is easy to acquire. I’m materialistic. I like my appearance. Money gives you freedom. I think seriously about ‘I am so selfish,’ but I am choosing my happiness over that life. It doesn’t matter the baby is human. I really do want other things in my life more than a kid right now.”

And as we talked about her baby’s development, she retorted: “It’s not like I’m struck with the knowledge that I ‘don’t actually know’ what stage a fetus is a baby, or when pregnancy occurs.I ‘m not troubled by ‘when life begins.I’m not in a crisis pregnancy.”

She even elaborated on her recovery plan post-kill:”If I feel bad enough I’ll ask for counseling after.”

As my friend and I continued to plead for Clarissa’s baby with the Scriptures, she held firmly to her killing appointment explaining: “I know what I’m doing. I love my life too much to give it all up for a kid that wasn’t planned in the first place.

“Abortion should be affordable, easily available, without restriction and provided by the church. This is not complicated. You’re making it complicated! Other denominations have to step in and counteract the s***-shaming, anti-abortion, pro-birthers of the world. People like you refuse to let God speak and move with the times.”

Clarissa moved forward with her abortion, refusing to give an inkling of thought to sparing her poor, little baby. The baby’s father – former client-turned-boyfriend – pleaded for Clarissa to keep their child.

I sent her a live abortion video to watch, along with the command of God “thou shall not murder.”

And lo and behold, Clarissa did not go through with her abortion that morning! Her conscience had gotten to her in the final hour.

How we rejoiced that her baby had been spared.

But the battle wasn’t over.

Clarissa rescheduled for an upcoming Tuesday morning saying, “why don’t we just say it like it is? I’m happy to kill. If abortion is the worst and only evil deed I ever do I am really doing **** well.”

We continued pleading for her little one’s life, sending her Scripture after Scripture forbidding the shedding of the innocent blood of her infant.

But as Tuesday rolled around and her killing time came and went, there was silence.

I finally wrote her to ask if her baby was dead.

She responded, “I drove around this morning thinking that I don’t want to be in this business. I drove around thinking how I’m not a mom and how abortion just seems like the solution to everything, because I have put a lot before an unborn child’s life.

“But then I thought further that I’m a lot of things, and I’m involved deeply in the nightlife,…but I’m not a murderer. I’m not even going to try for a third time [to kill] right now.”

What can I say. Clarissa kept her word, and never went back to the killing place again.

Our communication slowed down after she chose life, but she continued to check in every month or so. After seeing her baby on sono a few weeks later, she told me it was a little boy!…and said she loved his face and was going to frame him and take him with her everywhere she went.

We continued to talk about the Lord, God’s law, and the Gospel. Clarissa went on to thank those who reached out to her for not being “harsh,” as others had dealt with her in the past.

She said to those Christians who ministered to her, “You have called activities sin, but haven’t insulted my intelligence. When you are carrying someone so pure and so innocent it has made me realize that I’m not. It has brought to light the kind of treatment I almost put him through. What might have been in the past is the inconceivable mystery… that I do love this boy.

He should be dead and I’m glad he is not.

“I did say to my baby: ‘I will not let anything happen to you.’ “If the day ever comes I choose to marry this crazy guy [her former client-turned-boyfriend], consider yourself on my wedding guest list”.

On December 2nd, a little after 3:00 a.m. – little Charlie Edward, 8 lbs. 8 oz., was welcomed into the arms of this former Vegas showgirl. A survivor of not one, but two abortion appointments – given a name by his mommy and daddy, named after his father.

In addition to sparing this little boy’s life, the Lord has also answered our prayers in many ways regarding his mama. She has since written, “I need a new life. There’s this constant war that says I will not hesitate to strap on a pair of stilettos after-birth. And then that thought is followed up by, ‘I don’t need to be in this seedy business.”

“I like the cross.  I’m just tryin to figure out where I fit in God’s world and if I don’t remember to tell you next time, thank you from the bottom of my heart for the investment you made in me. I figured out what a problem I have is. God is good. You have given me a lot to force down.”

And so that is the story of how the Lord saved little Charlie who mama calls a “sweetheart, worth more than everything,” and says she “loves this tiny human.”

Charlie’s father (Clarissa’s former client) is according to Clarissa, ‘Over the moon’ with love for his child, as they recover in the hospital today.

During the course of labor and following, Clarissa and I got a bit of  a laugh at our two, totally different worlds. She teasingly called me a “crazy lady” for reaching out to her.  I joked back that our meeting up was like a crazy movie plot: show girl in Vegas cyber-friends with super-conservative home school mama of 8.

We continue to talk about meeting in real life, perhaps at her  wedding some day. What amazing stories the Lord gives us the privilege of playing a part in. Stories that are so crazy that you just stare at your computer screen sometimes – amazed at what the Lord has done, and is doing. Stories that elevate your love for the lost and desire to reach out to them – to go and have deep conversations about faith and religion and killing and fornication and all the yuck, yuck, yuck that sin brings along its miserable path.

Stories of hearts softening toward the Gospel. 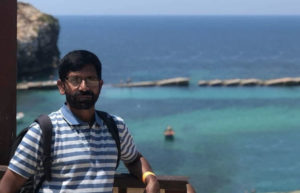 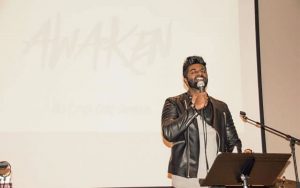