ARE YOU REAL GOD? – A World Blood Donor Day Testimony

“Last June, around this time, my sister was diagnosed with dengue. She was admitted in the local hospital immediately and treatment began.

We tried different things to get the fever to reduce but none of it worked. Of course, my family was praying but we knew these were the usual dengue symptoms and we weren’t too worried at that time.

Yes, I prayed too, but at that point of time, my relationship with God had been on-and-off.

We then decided to move her to a bigger hospital, but even there, the next day, her platelet count dropped to 7000. The doctors told us that her condition was getting pretty serious and we had to arrange for blood as soon as possible.

By now I was rapidly losing hope. My sister couldn’t eat without vomiting. Even the little she consumed she would puke out. There was nothing going right.

My parents were also very dismayed and it was really hard for us to comprehend as we had never faced a situation like this as a family . The thought of losing her suddenly kept coming to me and I  couldn’t stop thinking about it.

“What will I do without her?”

“I’ve never lost someone so close to me”

But another part of me was saying NO.

“I know God will save her.”

“God’s favor is upon us and this situation”

But there was that slight doubt, that little voice… “What if He doesn’t?”

My Mum remained strong, and there were many relatives visiting and always around us showing us support and I kept thinking this is exactly how it looks in the movies, right before someone dies.

That evening, the hospital called my dad and gave him the blood sample and said they needed a unit of blood before midnight or else it may not work. Right before receiving the sample, my dad started crying and upon seeing him my Mum started crying too. The doctors tried to comfort us that we would get the donors in time, but I watched as my family members fell apart right in front me. I couldn’t take it  anymore.

I sent out texts asking for donors, posted on Facebook, reached out to every outlet I could think of to find donors for my sister. When my parents got to a blood bank, the person refused saying that the only way they could provide blood was if we brought another donor to replace it. My sister’s blood group is quite rare and for over three hours, there was no donor that we could find.

The thoughts returned to me – that I would lose her, and that maybe God was teaching us a lesson through this.

I ran to the washroom and wept bitterly.

And in that moment, I cried out to God –

That was my prayer. Yes, I know that’s probably not the right way to pray; and no, I wouldn’t recommend praying that way.

Or maybe I would. In that moment, in that brokenness, I was honest with my God.

And suddenly, I knew with certainty, GOD WILL hear my prayer. It didn’t matter how on-and-off my relationship with Him had been. He still loved me.

Within ten minutes, a fellow church member who had seen my message on a group called me up, saying that he felt he should reach out. And I’ll never forget the words he said to me –

“I didn’t want to donate, but something is telling me I should and I really want do it now so I will be there.”

Within an hours time, around 25 people reached out and were ready to give blood. Even now, it gives me the chills to think about how real the situation was, and how real and deep God’s love is, to hear the prayer of His on-and-off son.

By morning, my sister’s platelet count had increased to 46,000.

I know that in my walk with God, I haven’t been very faithful. I wasn’t strong in faith back then and even now I wouldn’t say I’m ‘there’ yet, but one thing I do know – that even when I’ve been faithless, He’s been faithful.

I still remember how I felt when we heard that my sister’s platelet count had increased. And I remember my Dad, sitting behind me on the bike, a man who has never been very expressive about his faith, upon hearing this shouted loudly and cried out in the middle of the road –  THANK YOU JESUS YOU HAVE BEEN SO GOOD!

And along with him, I wept, as I continued the ride back home that I will never forget.”

PrevPreviousWhatever happens I need to avoid this mistake
NextDo you see what I am?Next 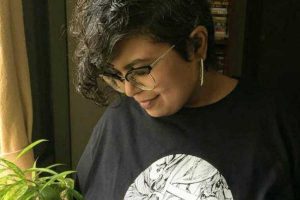