Home » What happens when the Church truly welcomes a new member?

John Karmegan came to me in Vellore, India, as a leprosy patient in an advanced state of the disease. We could do little for him surgically since his feet and hands had already been damaged irreparably. We could, however, offer him a job and a place to stay.

Because of one-sided facial paralysis, John could not smile normally. When he tried, the uneven distortion of his features would draw attention to this paralysis. People often responded with a gasp or a gesture of fear, and so he learned not to smile. Margaret, my wife, stitched his eyelids partly closed to protect his sight. Though grateful for her efforts, John grew more and more paranoid about what others thought of him.

Perhaps in reaction to his marred appearance, John acted out the part of a troublemaker.

I remember many tense scenes in which he had to confront him with some evidence of stealing or dishonesty. He treated fellow patients cruelly and resisted authority, sometimes organizing hunger strikes against the leprosy hospital. By almost anyone’s reckoning, he was beyond rehabilitation.

Perhaps John’s very irredeemableness attracted my aging mother to him, for she often latched onto the least attractive specimens of humanity. She spent time with John and eventually led him into the Christian faith. He was baptized in a cement tank on the grounds of the leprosarium.

Conversion, however, did not temper John’s high dudgeon against the world.

He gained some friends among fellow patients, but a lifetime of rejection and mistreatment had permanently embittered him against all nonpatients. One day, almost defiantly, he asked me what would happen if he visited the local Tamil-speaking church in Vellore.

I went to the leaders of the church, described John, and assured them that despite obvious deformities, he had entered a safe phase of the arrested disease and would not endanger the congregation. They agreed he could visit. “Can he take Communions?” I asked, knowing that the church used a common cup. They looked at each other, thought for a moment, and agreed he could also take Communion.

Shortly thereafter I took John to the church, which met in a plain, whitewashed brick building with a corrugated iron roof.

I could hardly imagine the trauma and paranoia inside a leprosy patient who attempts for the first time to enter that kind of setting. As I stood with him at the back of the church, his paralyzed face showed no reaction, but his body’s slight trembling betrayed his inner turmoil. I prayed silently that no church member would show the slightest hint of rejection.

As we entered during the singing of the first hymn, an Indian man toward the back of the church turned and saw us. We must have made an odd couple: a white person standing next to a leprosy patient with patches of his skin in garish disarray. I held my breath.

And then it happened. The man put down his hymnal, smiled broadly, and patted the chair next to him, inviting John to join him.

John could not have been more startled. Haltingly, he made shuffling half-steps to the row and took his seat. I breathed a prayer of thanks.

That one incident proved to be the turning point of John’s life. Years later, I visited Vellore and made a side trip to a factory that had been set up to employ disabled people. The manager wanted to show me a machine that produced tiny screws for typewriter parts. As we walked through the noisy plant, he shouted at me that he would introduce me to his prize employee, a man who had just won the parent corporation’s all-India prize for the highest quality work with the fewest rejects. As we arrived at his work station, the employee turned to greet us, and I saw the unmistakable crooked face of John Karmegan. He wiped the grease off his stumpy hand and grinned with the ugliest, loveliest, and most radiant smile I have ever seen. He held out for my inspection a palmful of the small precision screws that had won him the prize.

A simple gesture of acceptance may not seem like much, but for John Karmegan it proved decisive. After a lifetime of being judged on his damaged appearance, he had finally been welcomed on a different basis.

God’s Spirit had prompted the Body on earth to adopt a new member, and at last, John knew he belonged. 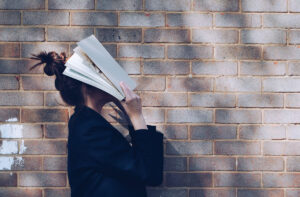 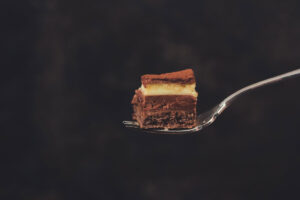